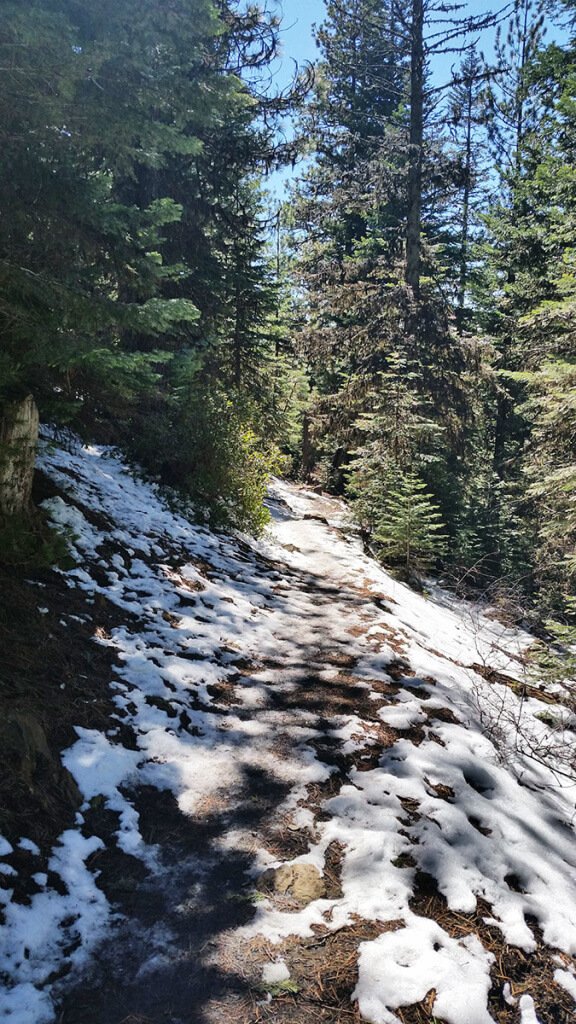 On 03/30/16, at about 12:59pm, Deschutes County Sheriff’s Office Search and Rescue was dispatched to assist Kendra Owens, who had slipped on ice and injured herself while hiking on Black Butte Trail, northwest of Sisters. Kendra’s friend and reporting party, Trisha Russell, stated they were 1/2 to 3/4 of a mile up the trail from the trail head and could not proceed without assistance.

Seven DCSOSAR volunteers, one DCSOSAR Sergeant, one USFS Law Enforcement Officer and Sisters Fire Department personnel responded to assist Kendra. Rescuers reached Kendra at 2:20pm, stabilized her injury and transported her to the Black Butte Trail Head via wheeled litter. Kendra was then released to Sisters Fire Department who transported her via ambulance to St. Charles Hospital in Bend.

The Deschutes County Sheriff’s Office Search and Rescue unit would like to remind those recreating in the outdoors during this time of the year to be prepared for all conditions on the trail. It is not uncommon at this time to experience dry ground, ice and snow on the same trail. Be prepared with the proper clothing and footwear to safely travel in all conditions.