BODY OF MISSING REDMOND WOMAN LOCATED IN THE CROOKED RIVER

On 5/12/17 at 7:30 a.m., 31 Deschutes County Sheriff’s Office Search and Rescue Unit volunteers and three Deputies returned to the Peter Skene Ogden Scenic Viewpoint State Park in Terrebonne to conduct a search of the Crooked River for the body of Joellen Trenhaile of Redmond. The DCSO SAR teams included members from the Mountain Rescue Unit, the Swift Water Rescue team, the Dive Team, the Kayak team and Ground SAR team members.

On 5/1/17 at 10:32 a.m., the Deschutes County Sheriff’s Office received a report that Joellen Trenhaile had contacted a family friend and reported that she was suicidal and may be planning to jump into the Crooked River Gorge. Deputies responded to the Peter Skene Ogden Scenic Viewpoint State Park in Terrebonne and located Trenhaile’s vehicle at 10:38 a.m.

Deputies began a ground search of the park and asked for mutual aid from the Jefferson County Sheriff’s Office, who provided a fixed wing aircraft and an Unmanned Aerial System for an air search and patrol deputies to assist in the ground search.

Deputies from the Deschutes County Sheriff’s Office Special Services Unit and Detectives from the DCSO Detective Division also responded to assist in the search for Trenhaile.

During a search of the footbridge, Trenhaile’s cell phone was located, which indicated she had likely jumped from the footbridge into the gorge, approximately 300 feet below.

On 5/2/17, seventeen volunteers from the Deschutes County Sheriff’s Office Search and Rescue Unit responded to the scene to conduct a search of the high probability areas in the water and riverbank, where Trenhaile’s body would likely be located. These volunteers included DCSO SAR members from the Mountain Rescue Unit and the Swift Water Rescue team. DCSO SAR members searched the water with sounding poles, in kayaks and teams on the ground searching the banks and surrounding areas.

In order to place DCSO SAR members into the search area, they were lowered 300 feet from the footbridge to the riverbank of the Crooked River. DCSO SAR members spent several hours searching the above mentioned areas and several more hours in lowering and raising personnel and equipment. The Crooked River at this time has a high water flow and visibility is poor due to spring runoff, making search conditions difficult and dangerous for SAR members. Unfortunately, searchers were unable to locate Trenhaile’s body. At the conclusion of the search, SAR members and their equipment were raised from the riverbank back up to the footbridge.

At this time, it is believed Trenhaile’s body could be located in any number of locations within several miles downstream of the Peter Skene Ogden Scenic Viewpoint State Park. Due to the inherent risks of inserting personnel and equipment into the Crooked River Gorge, further searches will be in the form of aerial and visual searches from the canyon edge.

Trenhaile has been entered as a missing person (see attached photo) and she is described as a 60 year old, white female, 5′ 6″ tall, weighing approximately 140 pounds, with short red hair and hazel eyes. Trenhaile was last seen wearing a grey zip up sweatshirt, Wrangler blue jeans and tan hiking boots.

Anyone with information on this case is asked to contact the Deschutes County Sheriff’s Office through the non-emergency dispatch number of 541-693-6911. 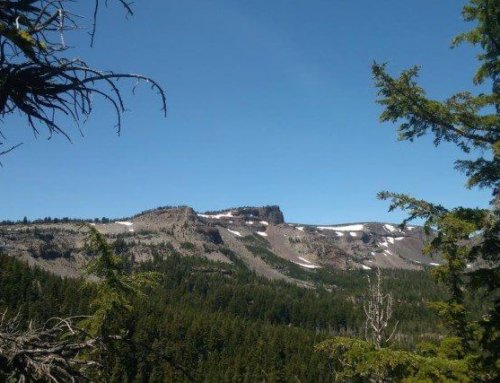 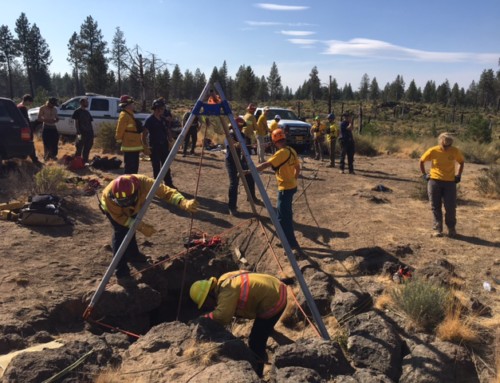 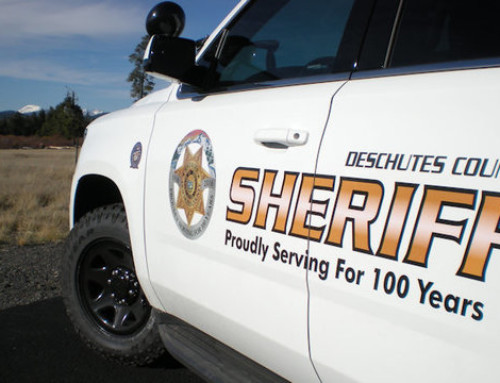 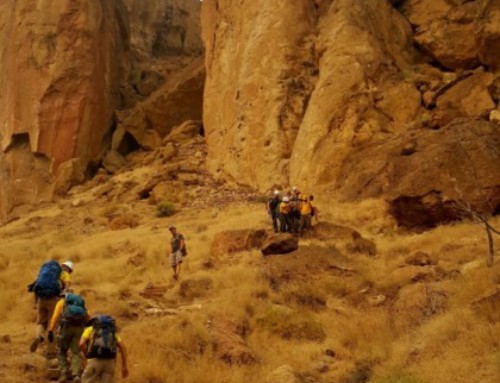 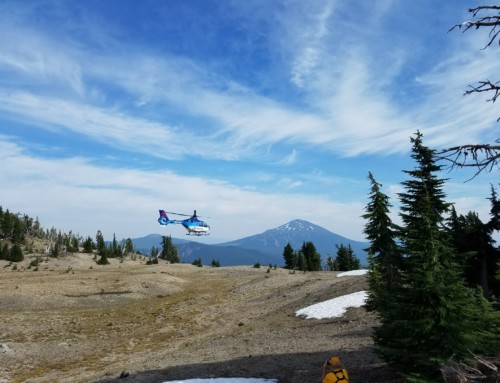 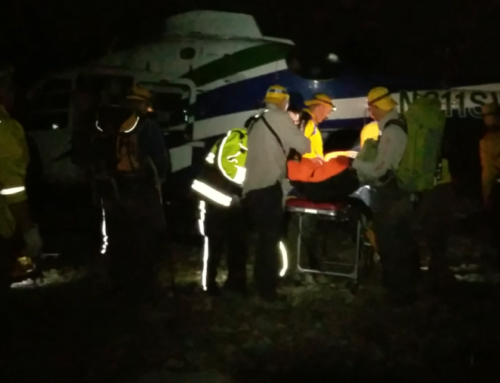 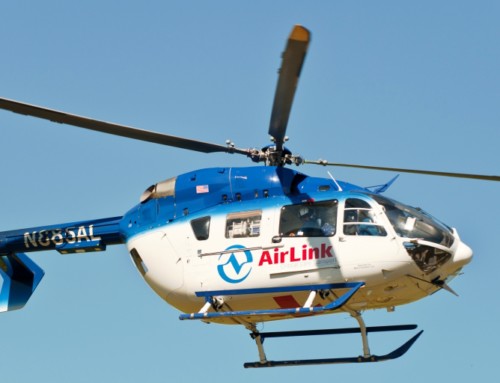 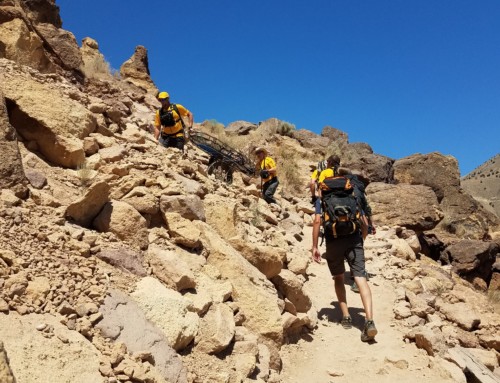 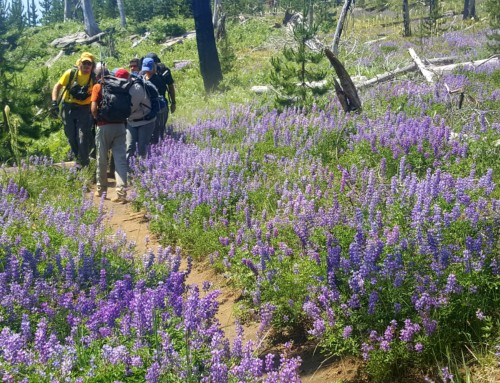 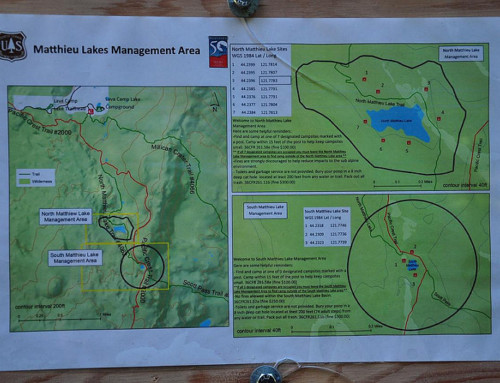 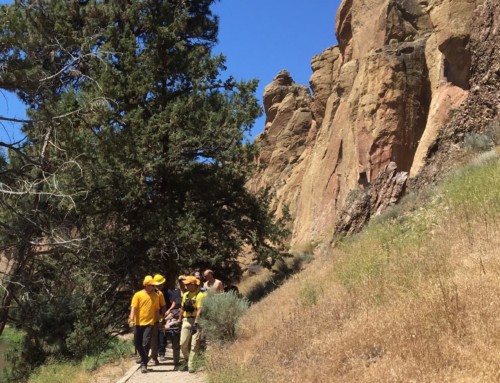 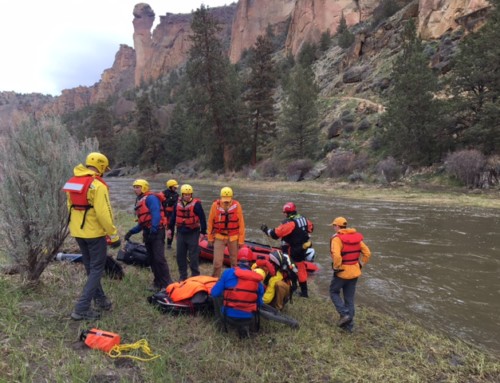